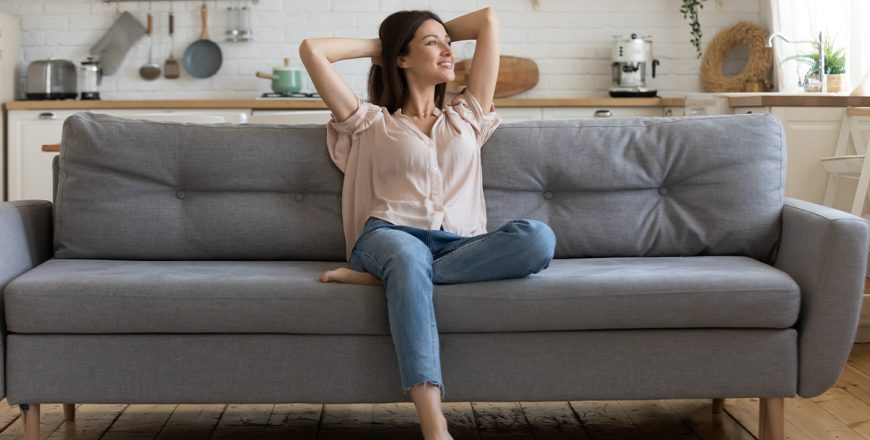 Symptoms often start after something happens, like physical trauma, surgical procedure, infection, or substantial psychological pressure. In other cases, fibromyalgia symptoms slowly occur over time without an identifiable triggering event.

What Are The Symptoms?

Symptoms of fibromyalgia can be treated in many ways. Some healthcare providers recommend first trying therapy or certain antidepressants, but the evidence suggests that ketamine may be a good option. Common symptoms include:

Fibromyalgia can happen to anyone, regardless of age or gender. However, it usually begins in middle age and worsens as people get older. But it’s believed that certain diseases or health conditions can predispose someone to have fibromyalgia at some point in their lives. These include:

Is Fibromyalgia a Kind Of Arthritis?

Fibromyalgia is often lumped together in plain language as a kind of arthritis, but it’s not. Some people, for instance, confuse fibromyalgia with rheumatoid arthritis or other pain conditions. However, one of the key differentiators to be aware of is that with fibromyalgia, there are problems with how a person’s nervous system, including the brain and spinal column, transmits and processes pain signals.

Research has been ongoing for years as to whether medicine like ketamine can help ease the pain and discomfort associated with chronic pain conditions like fibromyalgia. Evidence supports using ketamine as a pain reliever, but how exactly does it work? It’s thought that ketamine acts quickly to strengthen and repair faulty neurotransmitters in the brain like glutamate, which are essential in how brain signals are transported and perceived throughout the rest of the body.

Ketamine, originally solely used as a human or animal anesthetic, is now regularly employed to treat symptoms of mental illness like treatment-resistant depression and chronic pain conditions that are non-responsive to regular therapy. One of the benefits of working with a healthcare provider to learn about treatment options is a clinician understands how different medicine and treatment – not necessarily specific to one condition – can apply to the problem you’re facing. This is especially true when discussing the application of antidepressants outside the realm of treating mental health issues.

Numerous effective and frequently used medicines to treat chronic pain are compounds made to solve other conditions. Antidepressants are now a go-to medicine in a healthcare provider’s toolbelt for treating many chronic pain conditions, even when depression isn’t believed to be a contributing factor. However, the key point is that dispensing antidepressants to reduce fibromyalgia pain symptoms needs to happen in a controlled environment and in smaller doses than may be described to treat mental health issues.

As with ketamine, antidepressants may boost neurotransmitters in the spinal cord that lower pain signals. But the positive outcome isn’t realized immediately. Antidepressants may offer relief for a week after taking medicine, but you may not derive maximum relief for several weeks. Ketamine, on the other hand, works very quickly. And pain relief from antidepressants is normally considered moderate.

If you have any questions about the risks or benefits of taking antidepressants to relieve pain from fibromyalgia, contact your healthcare provider for more information.

To diagnose fibromyalgia, your healthcare provider will conduct a thorough physical examination and review 18 points on your body to determine pain levels when each of those spots is pressed firmly. The American College of Rheumatology says that diagnosis may be confirmed if you have pain in four of the following five areas. The exam may also include blood and other tests.