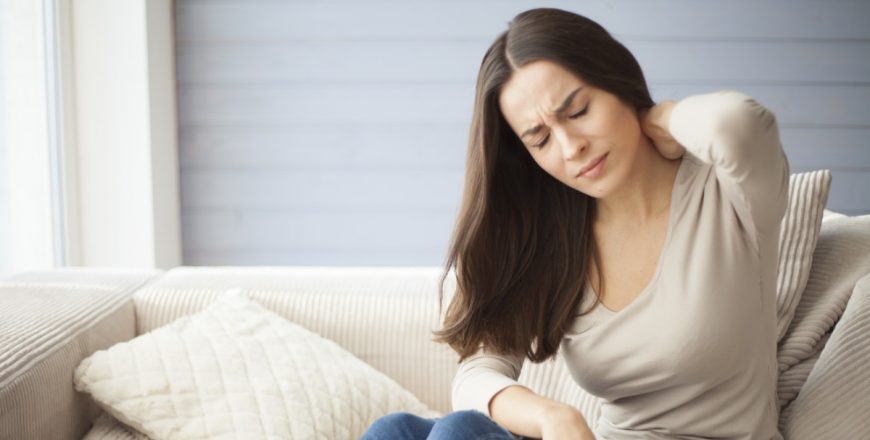 The Symptoms Of Fibromyalgia

If you’re tired, have trouble sleeping or remembering, or struggle with high or low moods, it may not just be caused by stress at school, work or home. If these continue indefinitely and interfere with daily chores, you may be experiencing the first signs of a disorder known as fibromyalgia.

“Fibromyalgia is a common neurologic health problem that causes widespread pain and tenderness (sensitivity to touch). The pain and tenderness tend to come and go and move about the body. Most often, people with this chronic (long-term) illness are fatigued (very tired) and have sleep problems. The diagnosis can be made with a careful examination.”

Fibromyalgia is a condition most common in women, though it can happen in men. It mostly begins in middle adulthood.

Fibromyalgia impacts as many as four million Americans older than 18. The average age range when the condition is diagnosed is between 35 and 45 years old, but most people have experienced symptoms, particularly chronic pain, much earlier in their lives. Fibromyalgia is more widespread in women than in men. There’s no definitive relationship between specific hormones and the condition, but scientists have observed some possible solid connections with premenstrual syndrome and primary dysmenorrhea.

THE SYMPTOMS OF FIBROMYALGIA

People who suffer from fibromyalgia or another chronic pain condition can relieve symptoms in many ways. Certain kinds of therapy have been known to help, but research has also uncovered intriguing evidence that ketamine treatment may relieve symptoms, also.

The primary symptoms of fibromyalgia include:

Fibromyalgia often is accompanied by conditions, such as:

It’s also important to understand what triggers a fibromyalgia attack. This can include certain things which trigger fibromyalgia symptoms, especially ones that boost the level of stress. These include:

Because it’s more common in women than men, women should be aware of certain risks. The condition is more likely in people who:

Here are some strategies for living with fibromyalgia:

If you’re looking for more information on treatment options and coping methods for fibromyalgia, contact us today to learn more!